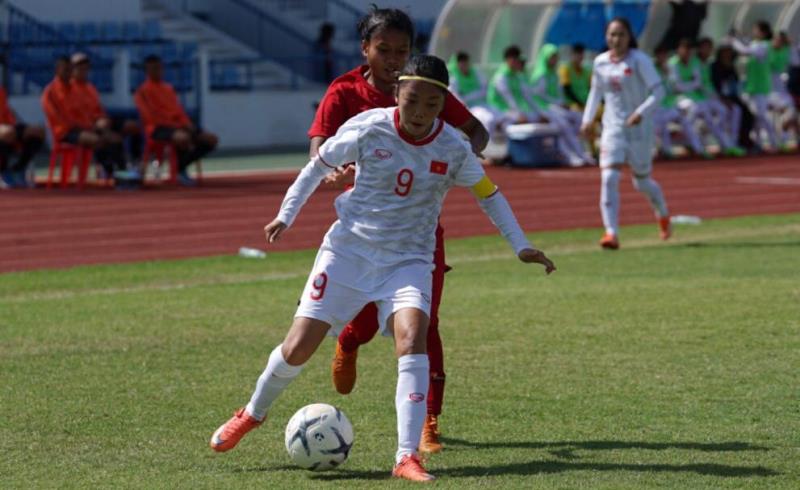 QUANG NINH (30 Oct 2019) – The Vietnam women’s football team have lined up a string of friendlies at home and abroad as they look to defend the SEA Games title in the Philippines next month.

Vietnam have won the women’s crown five times as did Thailand where a win in Manila would ensure bragging rights until the next edition of the biennial championship in 2021.

The Vietnam women’s team had also gotten a leg up on their traditional rivals Thailand after they picked up the AFF Women’s Championship crown two months ago in Chonburi.

And towards ensuring a better showing where Vietnam will also be up against a strong challenge from hosts Philippines, a handful of test matches and friendlies have been arranged for the team under head coach Mai Duc Chung.

“We’ve been working on strength in the northern province of Quang Ninh, and the team is a lot stronger so I feel secure. We will look at the friendlies and decide on a starting line-up for the SEA Games,” said Duc Chung.

The team had beaten a side representing the US Embassy 7-2 on the weekend at the Youth Football Training Centre in Hanoi and where they will play a side from Australian Embassy next.

Vietnam will then play India twice in Hanoi on 3 and 6 November before their departure to Japan for a ten-day training camp where they will play three more matches.

For the SEA Games, Vietnam are in Group B against Thailand and Indonesia.

Group B will have hosts Philippines, Myanmar and Malaysia.

Editor - December 7, 2019 0
MANILA (7 Dec 2019) – Indonesia were stretched to the limit against Myanmar in the first semifinal of the men’s football event at the...